The Importance of Good Electrical Wiring and Components for Performance Cars

The Importance of Good Electrical Wiring and Components for Performance Cars

The electrical systems in regular civilian automobiles are extremely complicated. Simply getting the car to start and run could be considered a technological achievement. But with performance cars, that process is even more intricate.

We removed the original hacked old Nissan GTR RB26 wire harness and replaced it with a brand-new reproduction. Not only did the engine make 80 to 100 more WHP and WTQ with 4 to 5 PSI less boost, but the cuts were gone.

What does a car’s electrical system control?

In short, basically everything. From the car’s battery to the starter and the alternator, its electrical wiring and components are vital to it functioning properly.

The car’s electrical system is also all interconnected, meaning an issue with one of the components mentioned above will impact the function of the related components. For example, a problem with the battery means the starter won’t work and the car won’t start. When cells in the battery start to die, it could cause strange electrical issues relating to the ECU harness. This is common. In fact, in most cases the battery will test “good” but not produce stable current when being used.

How is the wiring in a performance car different than in a civilian car?

There are special considerations that need to be made when wiring a performance car. Performance cars’ wiring and components need to be selected and constructed with the optimization of the car’s efficiency in mind.

This could mean that the type of wiring you use would be different than in a normal car. According to a Motor Trend article, using TXL wire instead of SXL wire can make a car up to 6 pounds lighter due to TXL wiring’s thinner insulation. With a civilian automobile, making the car lighter isn’t as much of a concern. 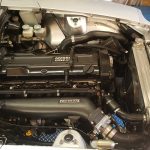 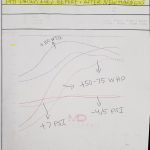 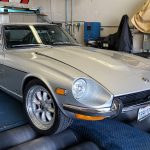 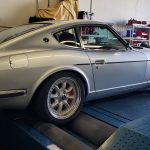 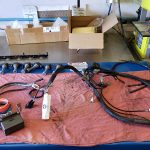 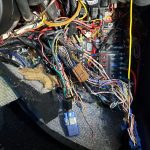 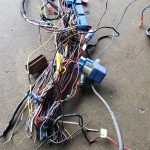 What do you need to wire a performance car?

The importance of wiring and components in race cars necessitates the use of the correct tools. Below is a non-exhaustive list of tools you’ll need to wire a performance car’s electrical system:

Call for your performance wiring today

If you need wiring and components for your performance car, call the team at Fine Line Imports. We offer specialty pars and full performance packages, and we’re dedicated to helping you optimize your ride.