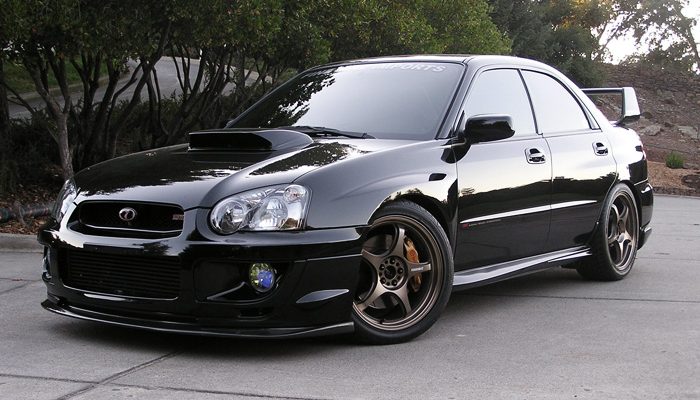 Usually FLI does not deal with anything besides engine, suspension, braking and aerodynamic performance but this car has a very unique story. The heart and soul of this car is the Pioneer Premier competition stereo system. Every year, Pioneer chooses 10 Pioneer dealers across the United States and gives each dealer roughly $20,000 worth of Pioneer Premier stereo equipment to install in a car that will be shown at the annual ’07 Pioneer PRS Demo Vehicle Build-Off Sound Competition at the Pioneer’s US head quarters. The top 2 cars from that competition go to the international Pioneer Premier competition located at Pioneerâ€™s manufacturing facility in Japan. The winning car becomes the Pioneer Premier Demo Car for the following year. This particular 2004 STI traveled to Japan for the 2007 competition and received 2nd place over all. Not only that but you can also see this car in January 2008 Volume 21 Issue # 1’s Car Audio Magazine. 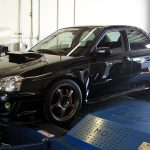 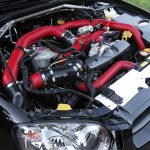 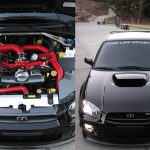 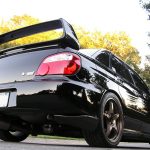 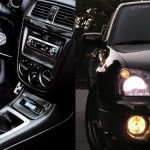 A local a Pioneer Premier dealer stereo shop (Cartronics, Santa Rosa Ca), built, painted, molded and installed the stereo system described below. They contacted FLI because this STI had a blown engine and needed some mechanical love. When FLI recevied the car the current set up had an APS 725 FMIC, APS SR50 turbo, GT Spec Equal Length header, 3 inch turbo back exhaust, rare Japanese Spec Subaru STI front Recaro seats and some Defi gauges. The entire interior had been recovered with red perforated Alcantara in place of the factory STI blue fabric. FLI installed a new OEM STI 2.5 liter short block with multi angle valve jobs on both heads (see FLI Head Services), cleaned up the engine bay, installed a Version 2 Cobb AccessPort, APS 70 cold air intake, APS blow off valve, Power Enterprise 850cc injectors, supplied and installed Japanese ChargeSpeed front and rear Carbon fiber diffusers. FLI also created a conservative custom Protuned daily driven 91 Octane map. FLI kept the map very safe to account for fuel quality and the fact that the purpose of this particular car was to win sound off competitions and get into magazines, not to have bragging power numbers. That being said, this STI still made 336 ft. of torque and 317 hp to the wheels with 20 max psi tapering to 17 psi (75 degrees and 35% humidity in the dyno room).

The local stereo shop installed the 1800 watt stereo system and the alarm. They also created all the custom fiberglass stereo pieces. The head unit was custom molded into double din opening with fiberglass, which was installed flush and smoothed. The glove box has a DVD player and CD changer that sit flush in a custom fiberglass box. 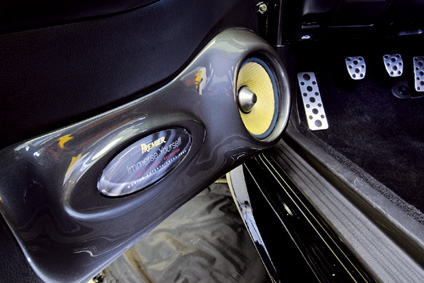 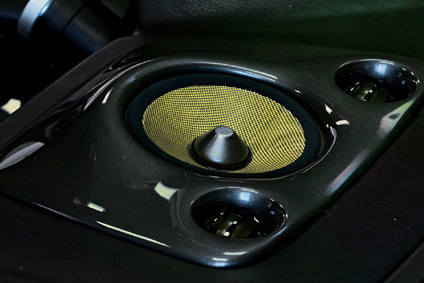 The front door cards were constructed with fiberglass enclosures that mount to the front baffle. Periodic membrane was removed from bottom of the enclosures to improve midbass response. All fastening of the front enclosures and speakers were done with stainless socket head Allen screws. The front doors were layered with 2 coats of Dynamat extreme on the inside and outside walls. 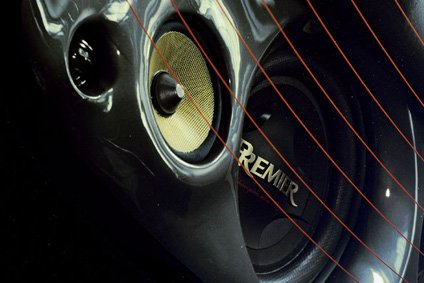 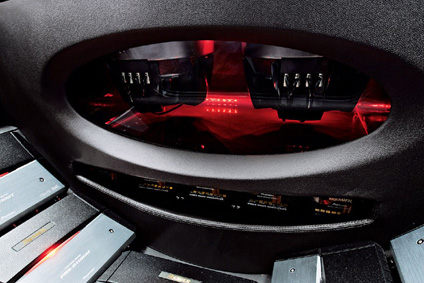 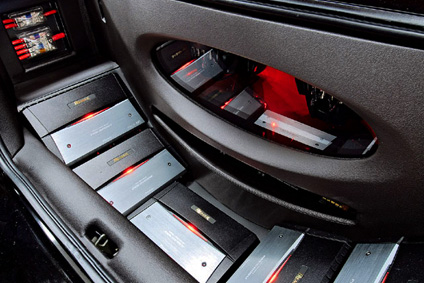 All of the amps are mounted on a custom semi circle shaped amplifier rack that runs across the truck floor area. This rack was built out of Â½â€ mdf and fiberglass to create its rounded shape. It was then smoothed and painted metallic gray to match. The local stereo shop then took all 5 of the amplifiers apart and changed all bulbs from blue to red because the original blue coloring did not match our color scheme.

All the fiberglass pieces in the car were painted metallic grey to match the highlighted interior components. This vehicle was also built to comply with all of IASCAâ€™s 2007 sound competition rules.