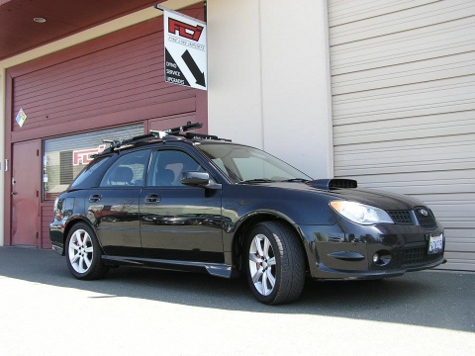 I have a 2006 WRX wagon with a stock motor, and over 90k miles on it. About one year after I got the car new, Fine Line started to tune it for me. First a downpipe and Accessport (a custom FLI tune was created), then full exhaust, light weight crank pulley, and light braking improvements. Then I got a deal on a ’06 STI turbo (VF39). I installed a carbon fiber driveshaft, Ohlins adjustable struts, wheels and all manner of steering and shifting improvements. Then I got some PE 800cc fuel injectors , a few other bits, and got myself an E85 map (custom-made by FLI). The power was great, but the car was really finicky on the stock ECU. The car ran differently every time I turned the key, and changing maps and resetting codes was bumming me out. It just never ran perfectly. 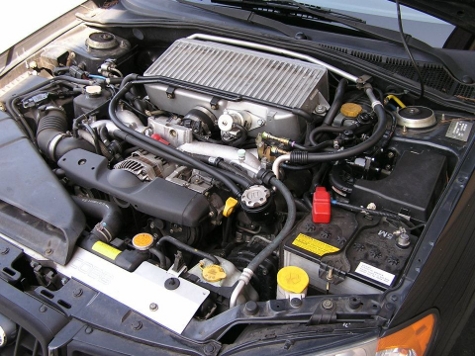 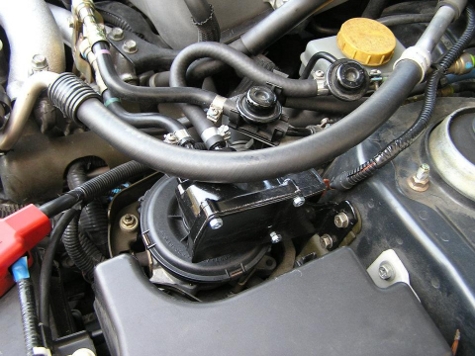 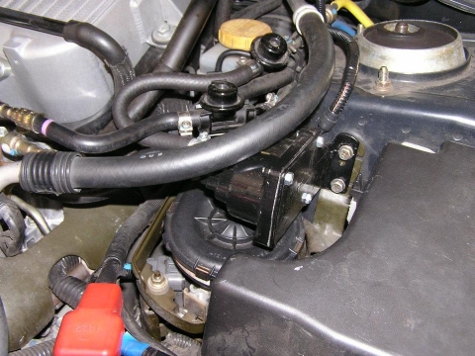 As my daily-driver, I wanted a true flex-fuel car with stock manners around town, crisp response, and gobs of torque at low rpm. I put off an aftermarket ECU for a while, but finally listened to Ryan and Miles when Link ECU came out with an easy plug & play direct replacement ECU that would work with the GM flex-fuel sensor. This sensor reads the ethanol content in the fuel system, sends this info to the Link ECU instantaneously, and FLI created the map which adjusts the tune accordingly. No map switching, no check engine lights, no problems. 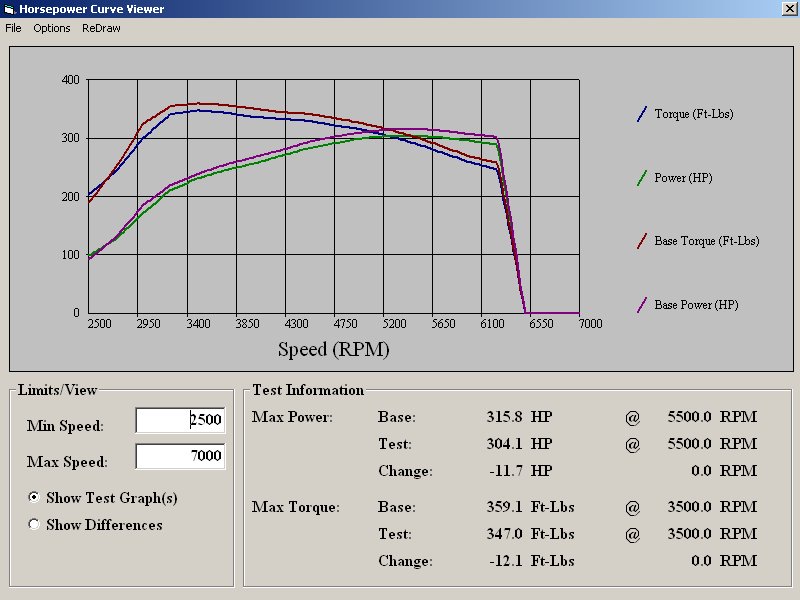 After the Link ECU was installed, with no other changes, the dyno graph jumped up roughly 20 whp and 20 ft lbs. across the board. It now makes 360 ft lbs of torque at 3500 rpms and 316 horsepower at 5500 rpms (stock motor / VF39 / E85). The car sounds great, and I can feel that it’s happy. What’s special is the massive amount of torque under 2900rpms. Pulling away from 1500rpms feels good, where before nothing happened until 2100rpms. 91 octane feels nearly as good as E85, which I know is hard to believe. Miles tuned the throttle response to exactly where I like it, so it’s not too twitchy into first and second gear or while cruising, but pulls briskly once you get on it. Getting on it in fourth gear is like smearing torque onto the road. I’m pretty picky about how it behaves in the tight, twisty back roads as well, and it comes on and off throttle in a much more controlled manner than it used to. Basically, the car has been tuned perfectly to my liking.

Just to recap – with 93K miles on the car, it has never run smoother or stronger. It’s fast as stink, and trouble free. For those of you that question the value of a stand-alone ECU on modified Subaru’s, I can tell you that it’s worth the money to get all your “blingy” parts to sing in harmony. It really was the icing on the cake for my car. 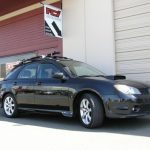