Where the factory ECU ends and Link begins

Where the factory ECU ends and Link begins

With minor modifications to the vehicle such as a slightly bigger turbo, intercooler and fuel injectors, the ECU (if mapped correctly) should have no problem controlling and monitoring all these upgrades on its own. However, on more complicated builds with larger heads, camshafts, fuel systems or larger upgraded engines there will be a limitation of the factory ECU’s parameters. For example, if you upgrade the stock 2005 Subaru WRX 2.0 liter engine to a 2.5 liter engine and use the factory 2.0 liter ECU, there is a chance you will run into a resolution problem. One major factor is the MAF housing size. On FLI’s dyno, anything over 300 torque to the wheels on a 2002-2005 WRX must have 70mm or larger MAF housing size. Anything over 340 torque to the wheels must have 80mm or larger. This may not seem like a big deal. Just increase the diameter of the MAF housing so you can correctly map the fuel table, right? Well not exactly. When you increase the diameter of the MAF housing, ! you gain a few windows at top but you lose resolution (in the MAF table). This causes less room for fine tuning. Not only that, but the 2002-2005 WRX ECU only reads a maximum of 300 grams of air per minute or pounds per hour. In late model 2.5 liter WRX’s, XT’s, turbo charged Legacy’s and all STI’s the maximum the ECU can read is 500 grams of air per minute which is 40% more then the 2002-2005 WRX ECU. With the later model ECU’s, there is more resolution to work with but you still can run out. To explain this low resolution in detail, I have taken a couple screen shots of a factory 2005 Subaru WRX MT ECU fitted with a 2.5 liter shortblock, 18G turbo, TMIC, PE 800cc injectors, catted turbo back exhaust, Tomei Equal length header / up pipe and Cobb 70mm short ram intake. This application is a great example of maximizing the factory ECU parameters and running out of resolution to tune fuel. 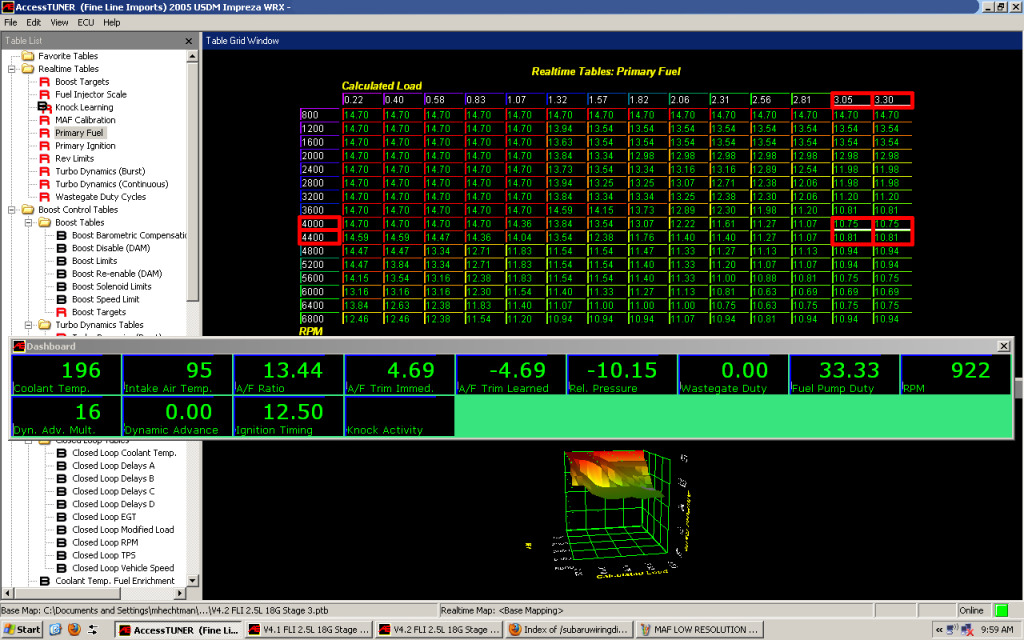 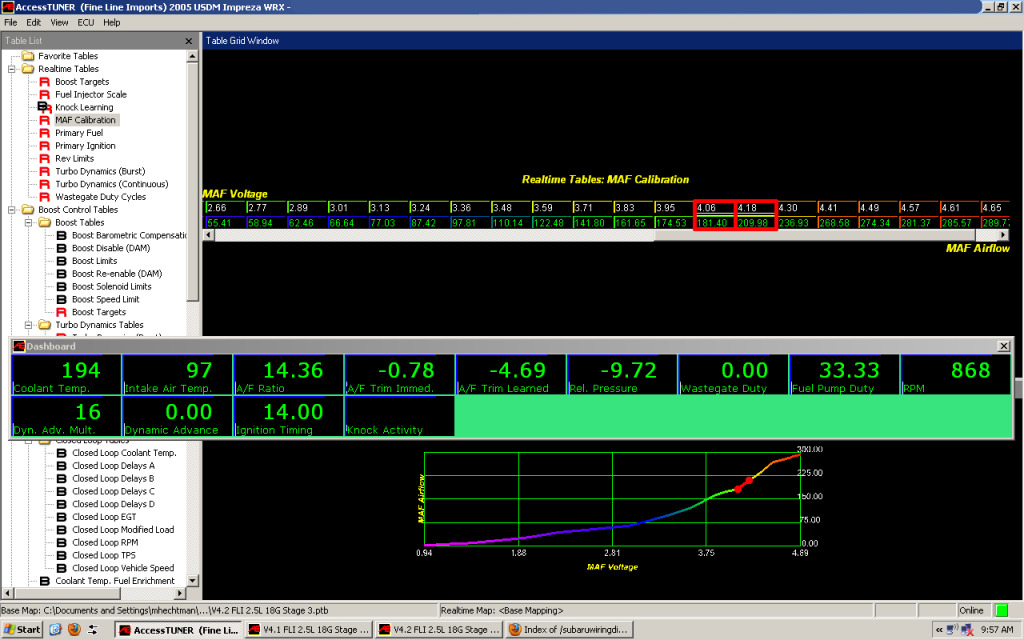 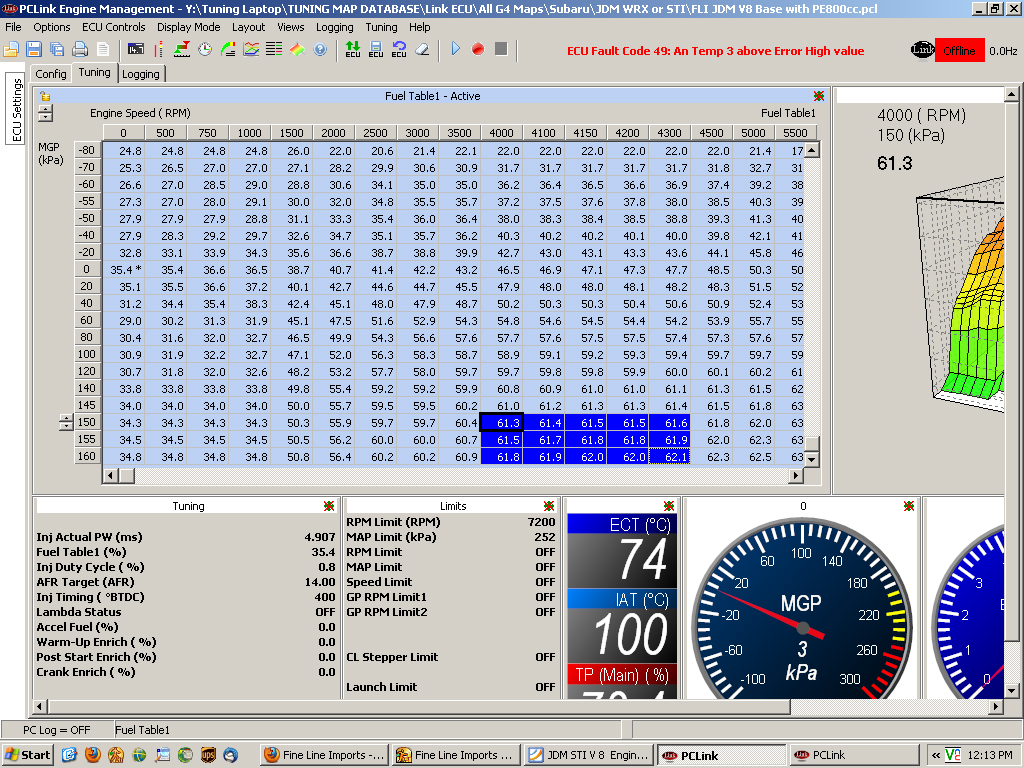 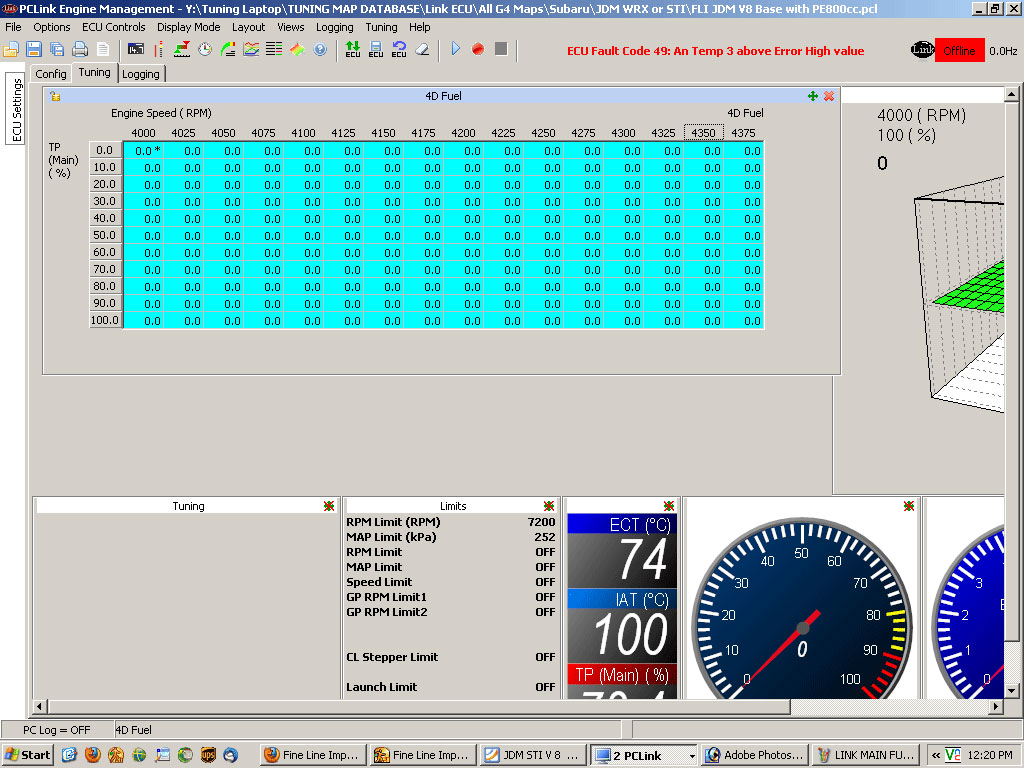 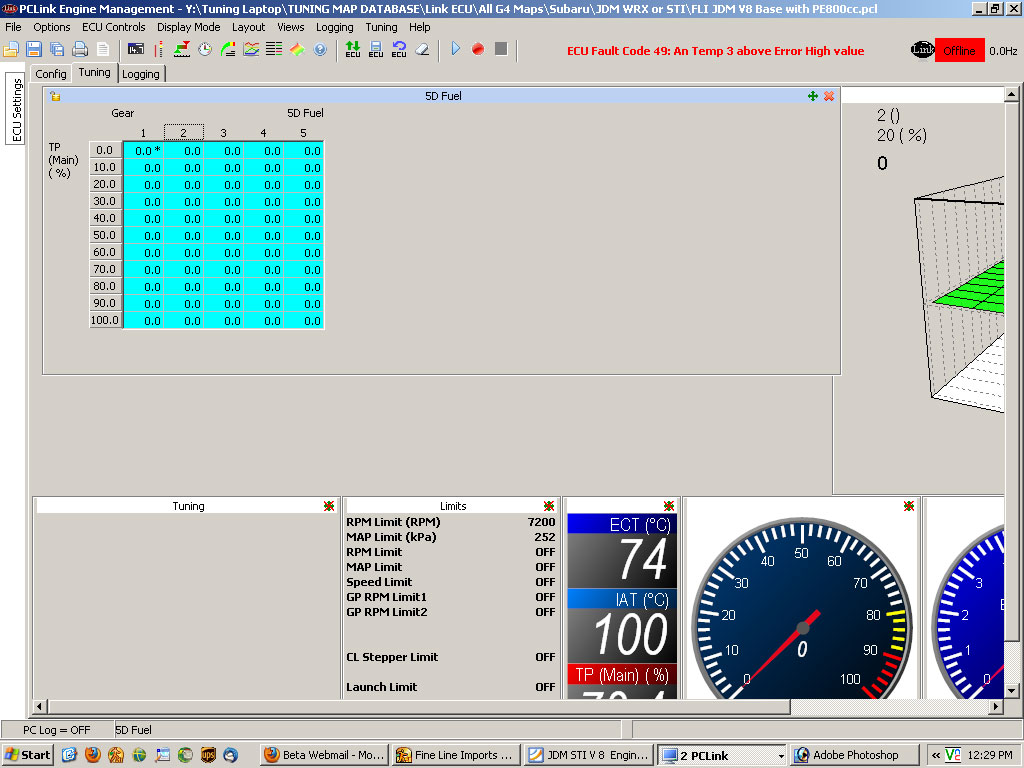 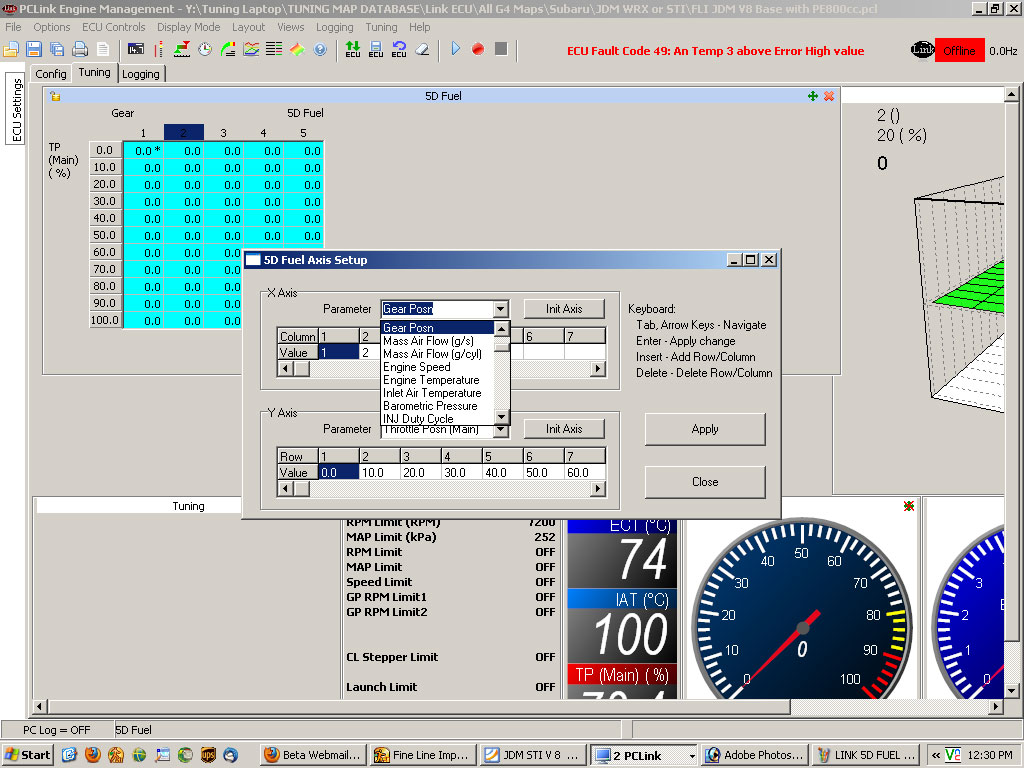 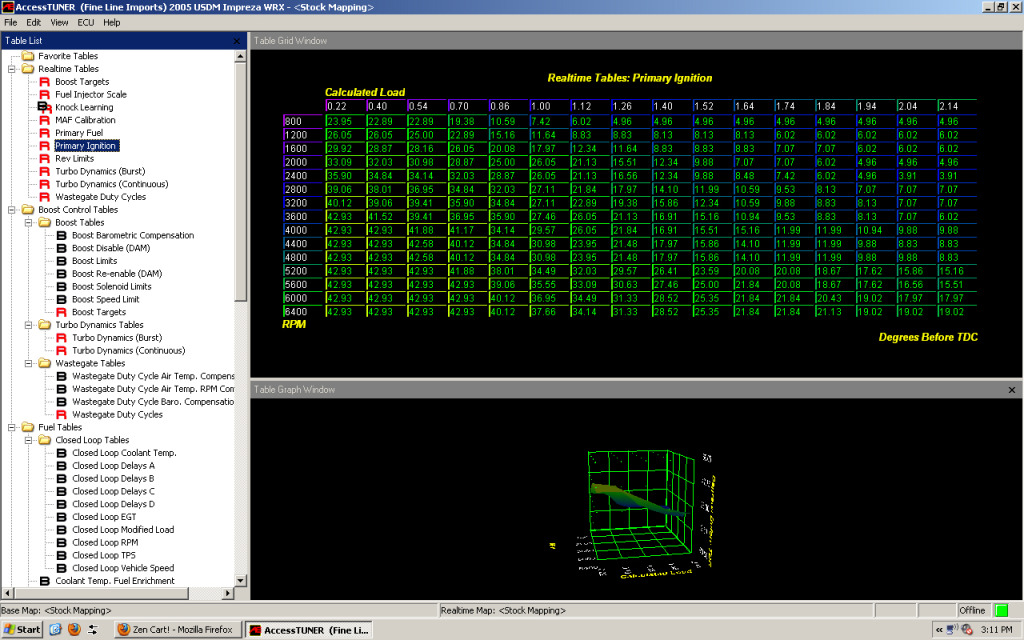 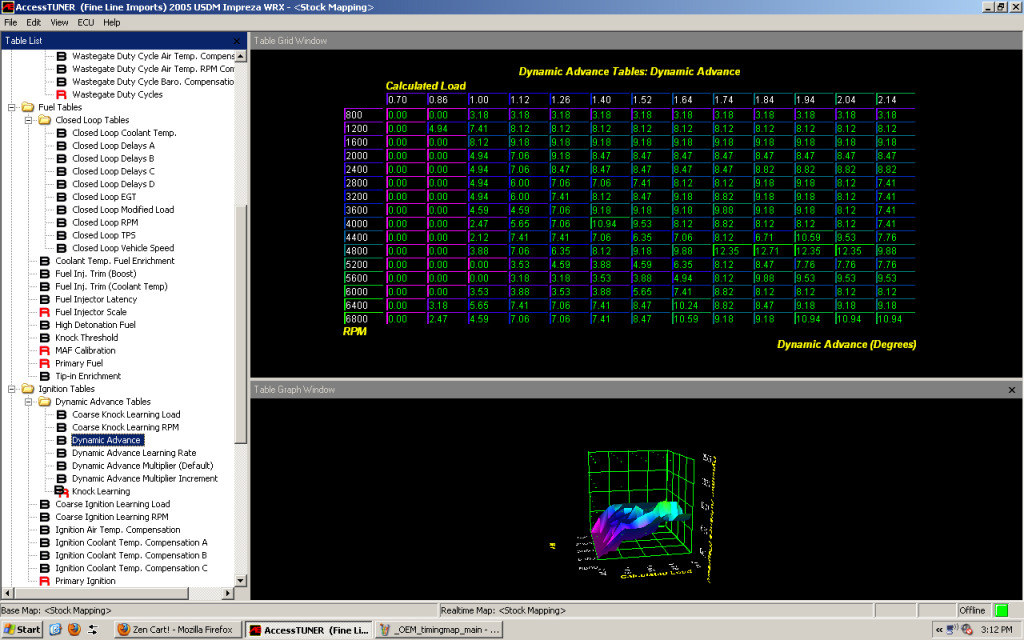 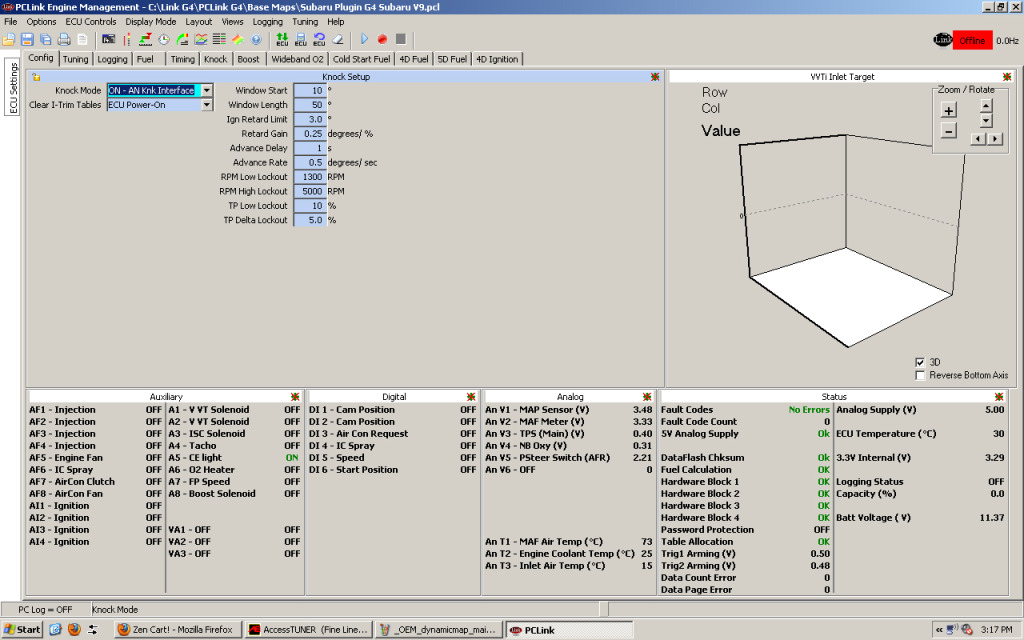 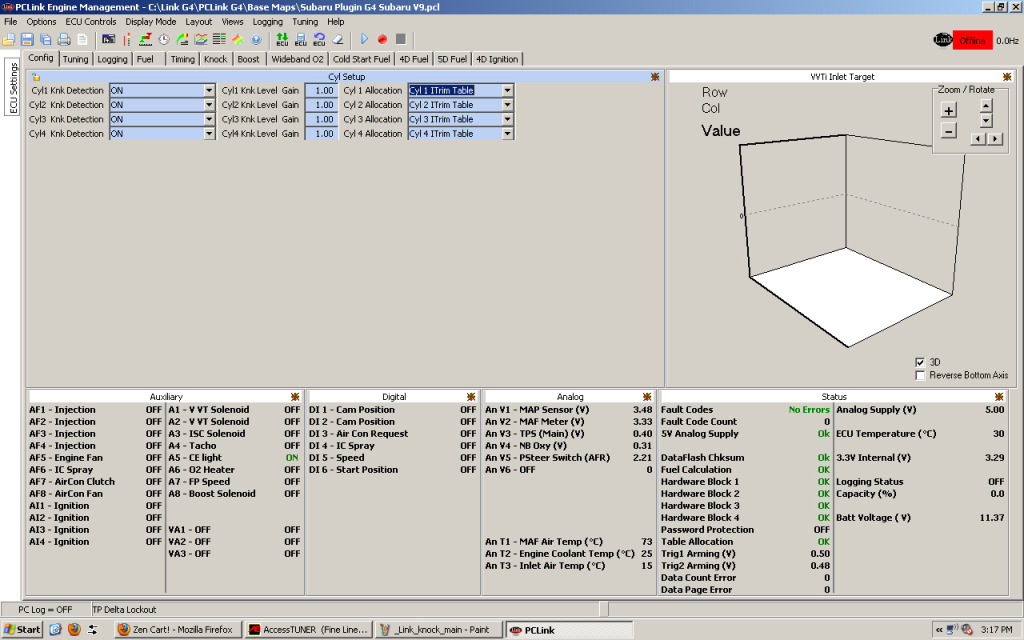 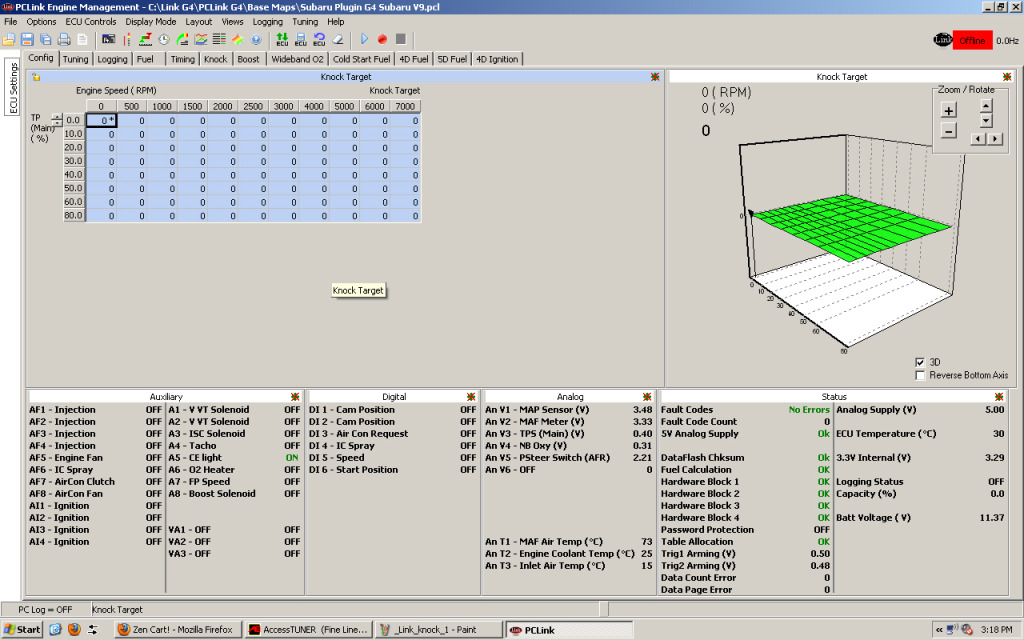 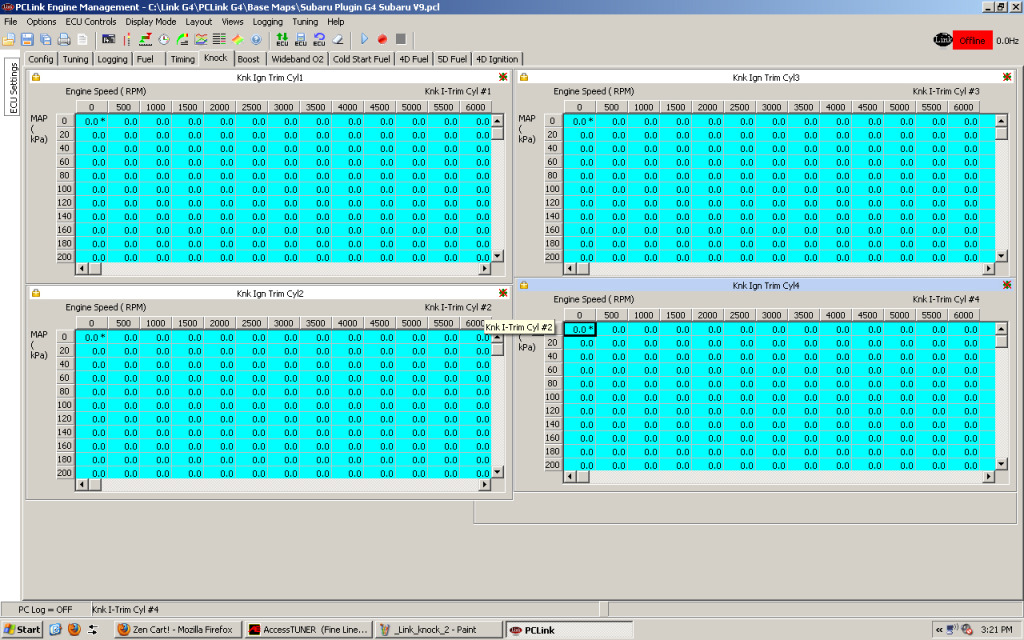 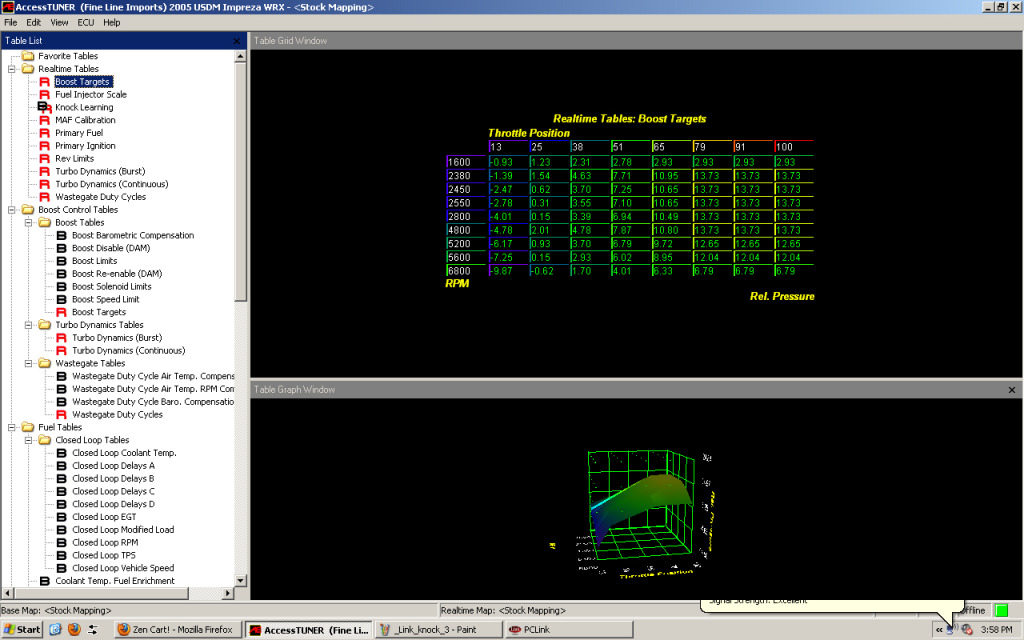 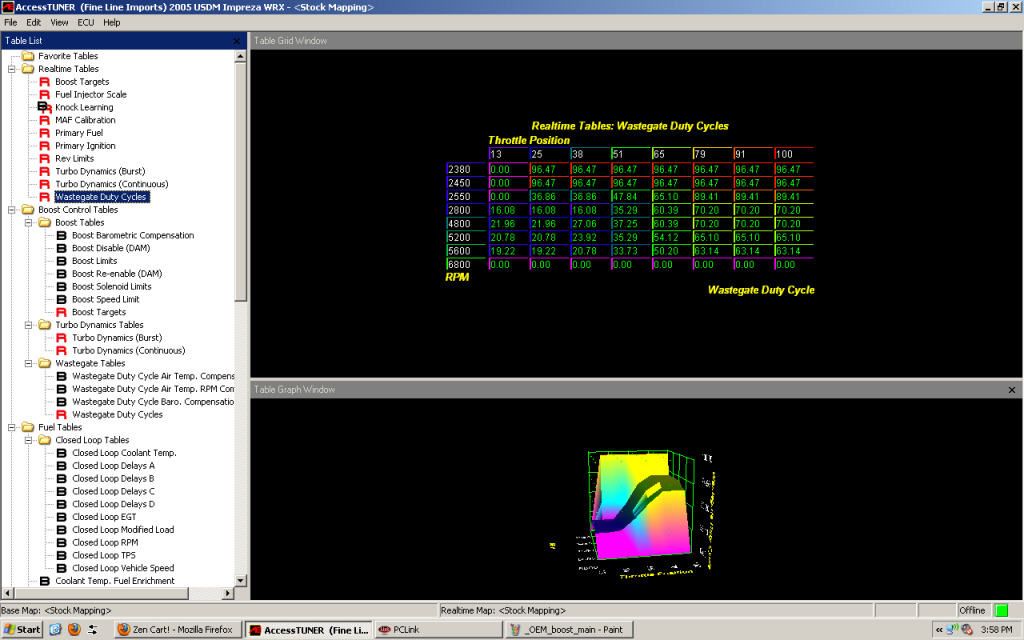 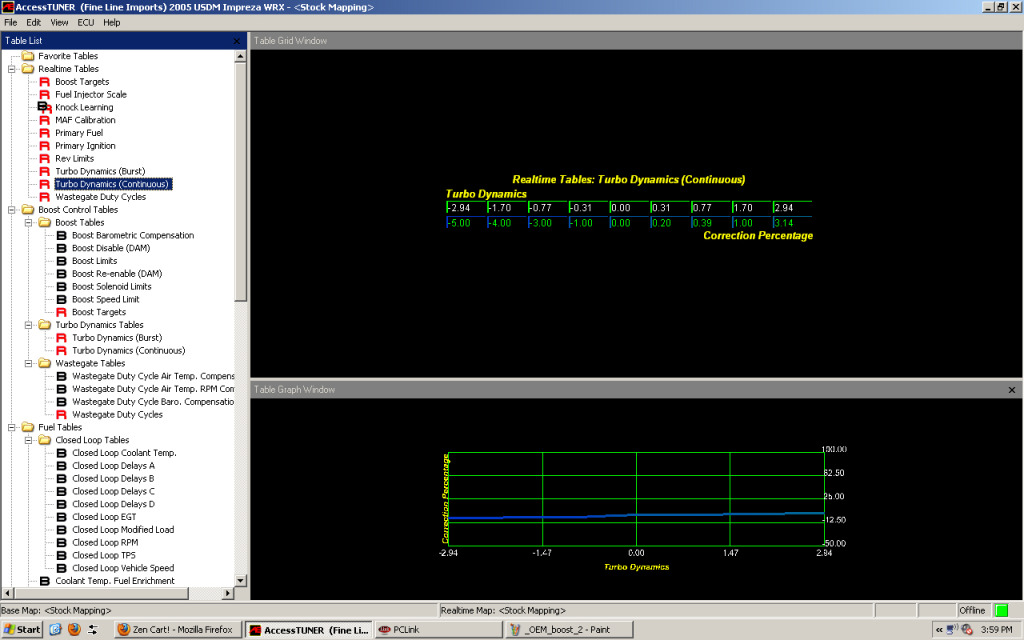 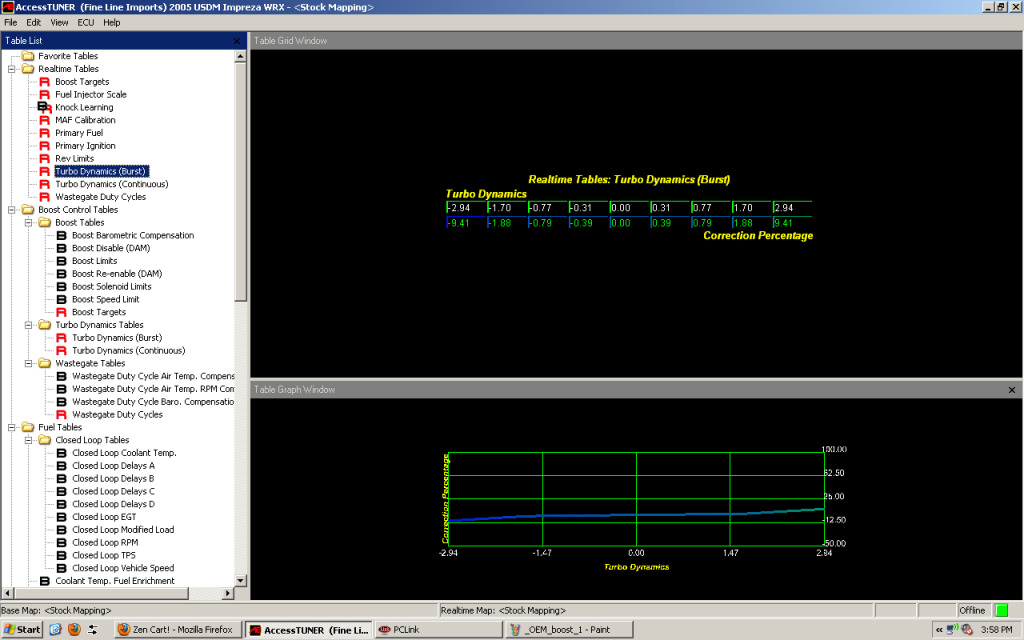 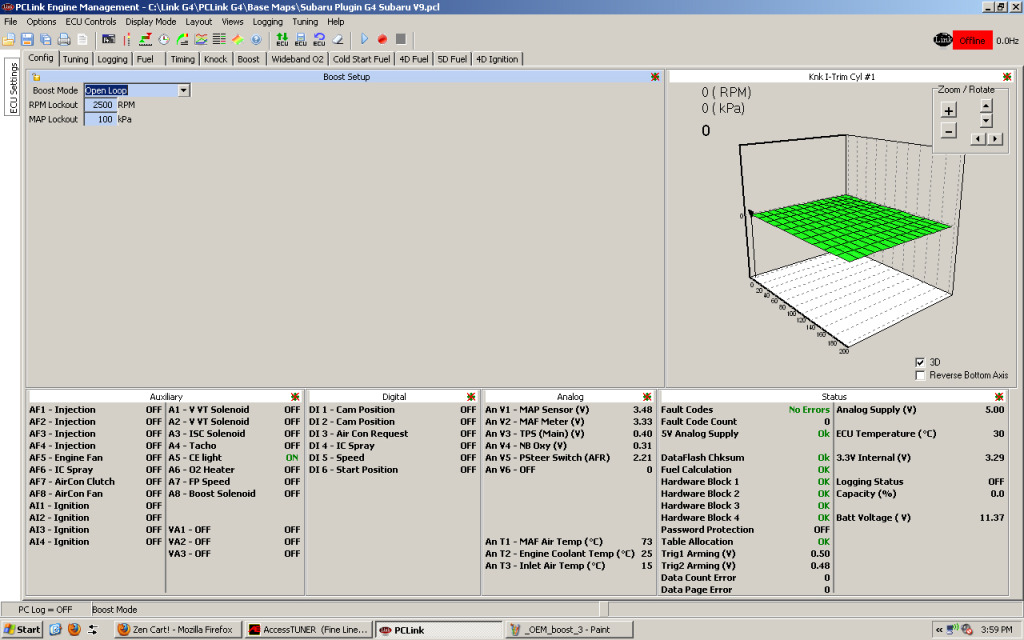 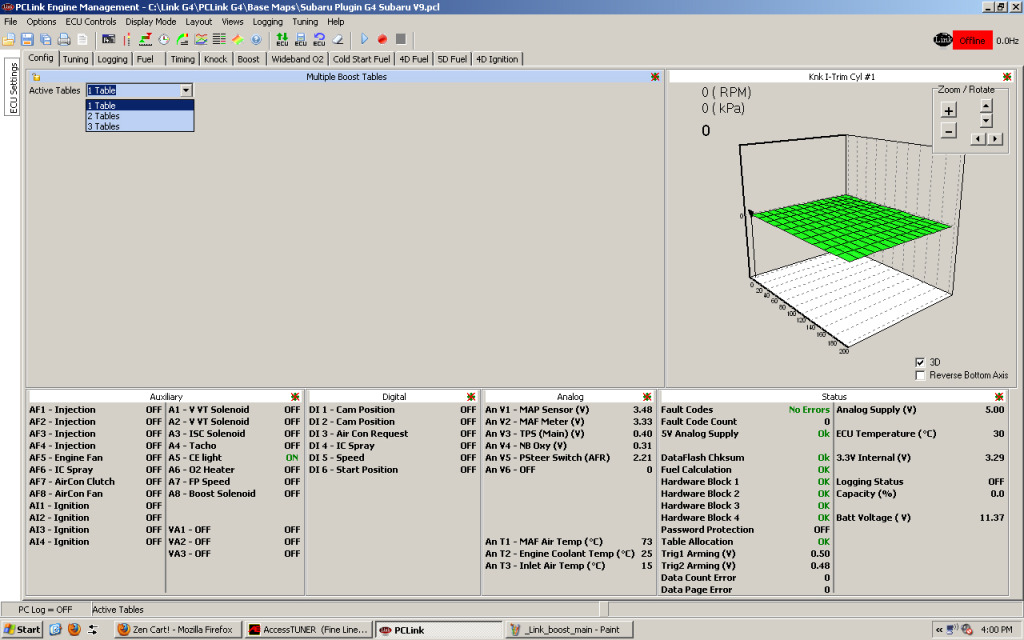 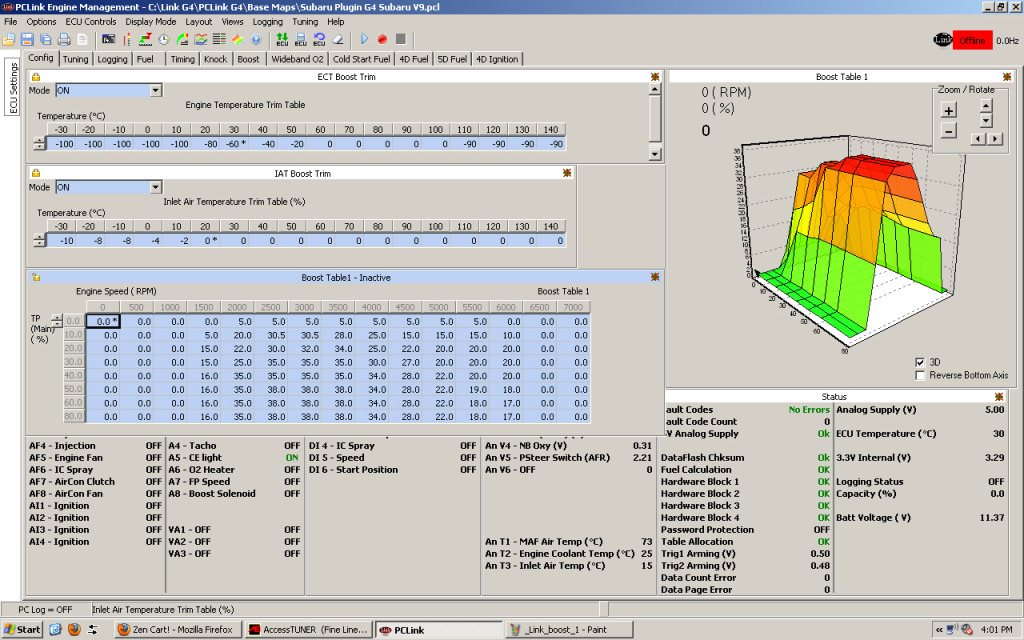 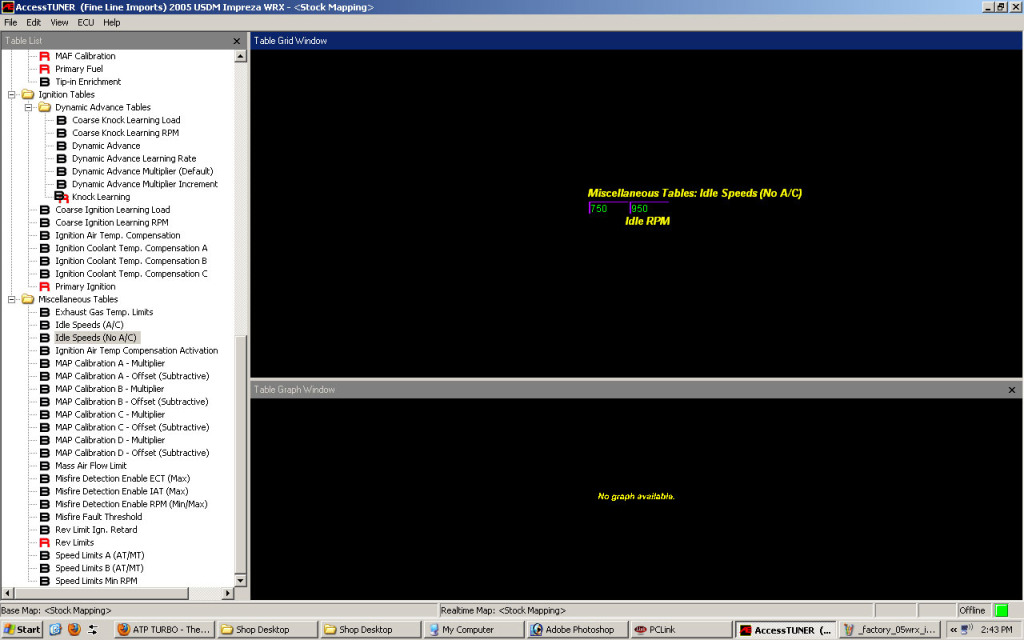 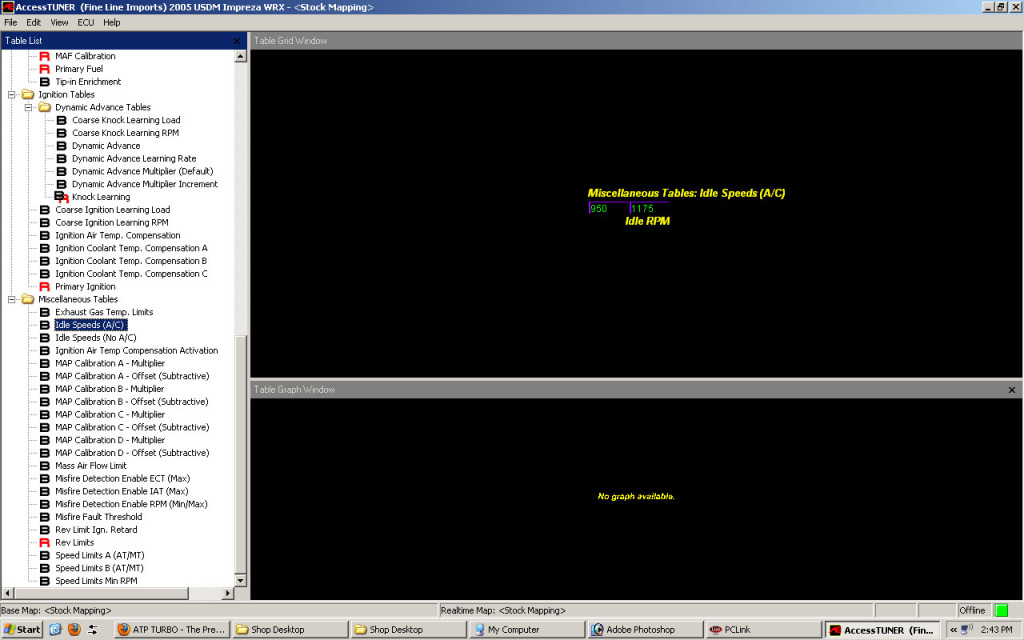 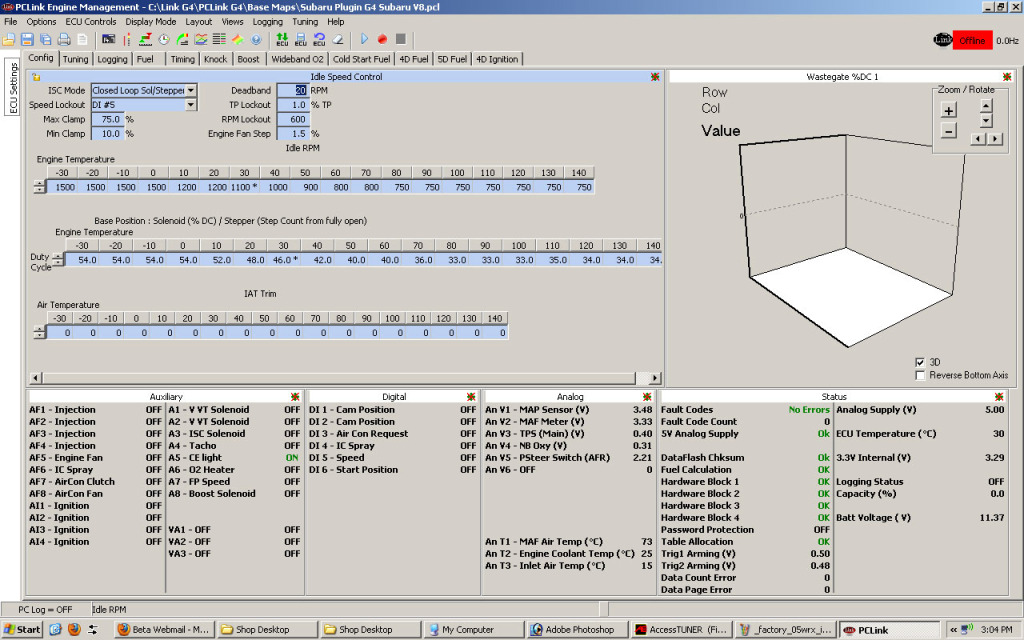 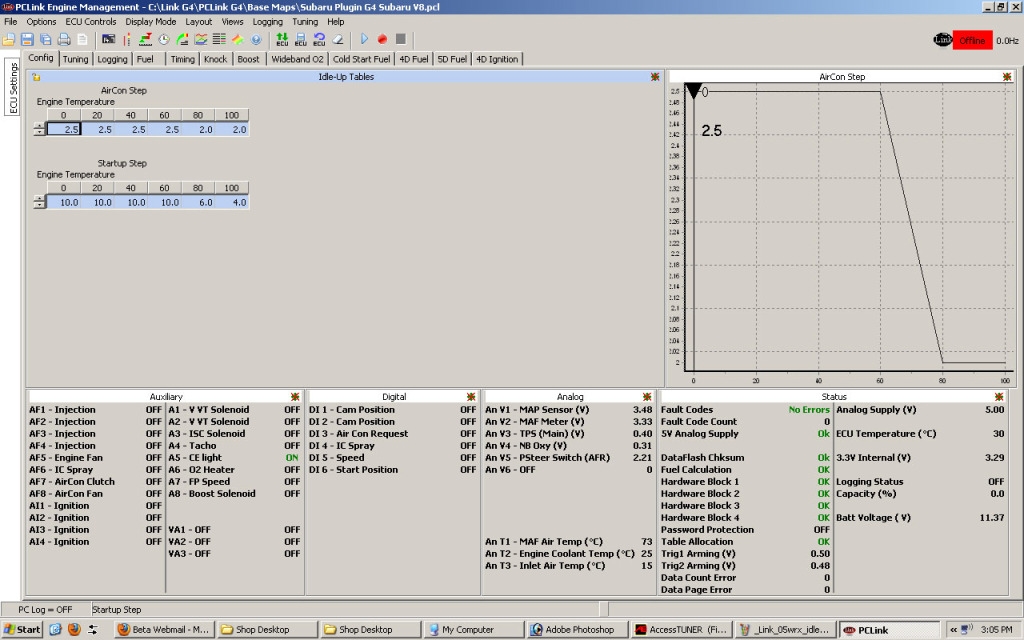 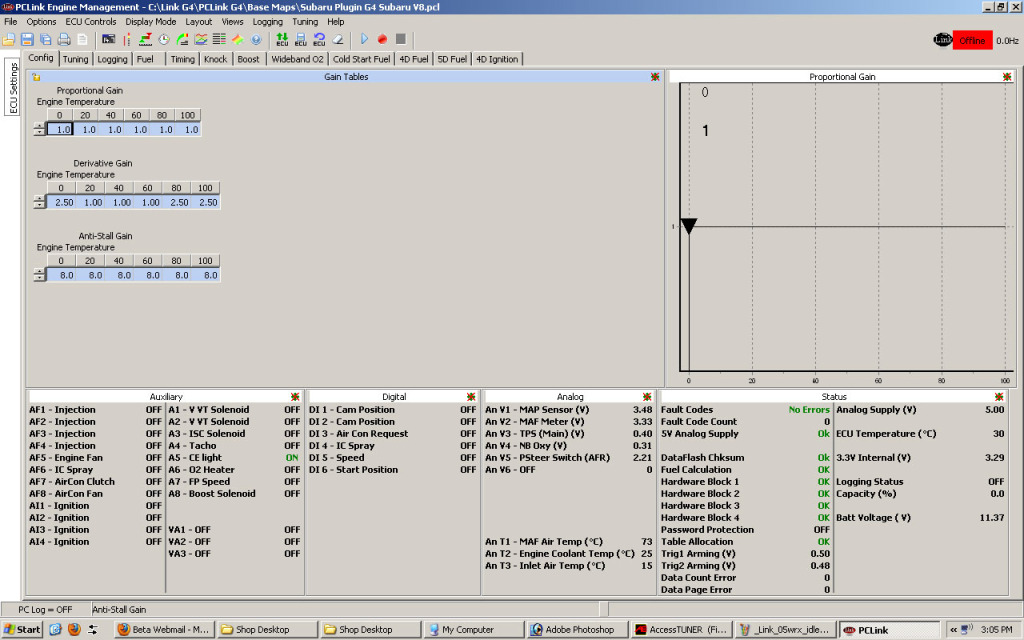 CONCLUSION Overall, it is ultimately up to your tuner and the software they are most comfortable using when tuning your car. It is important to realize that when your tuner is creating a stand alone ECU map, they are re-creating what the team of manufacturing tuners created over months and months of full time work. It is not an easy task, but definitely attainable and well worth the money. Trust your tuner and do not be afraid to ask any questions regarding your best friend, your beloved automobile. All information was written by Miles Hechtman, lead tuner of Fine Line Imports