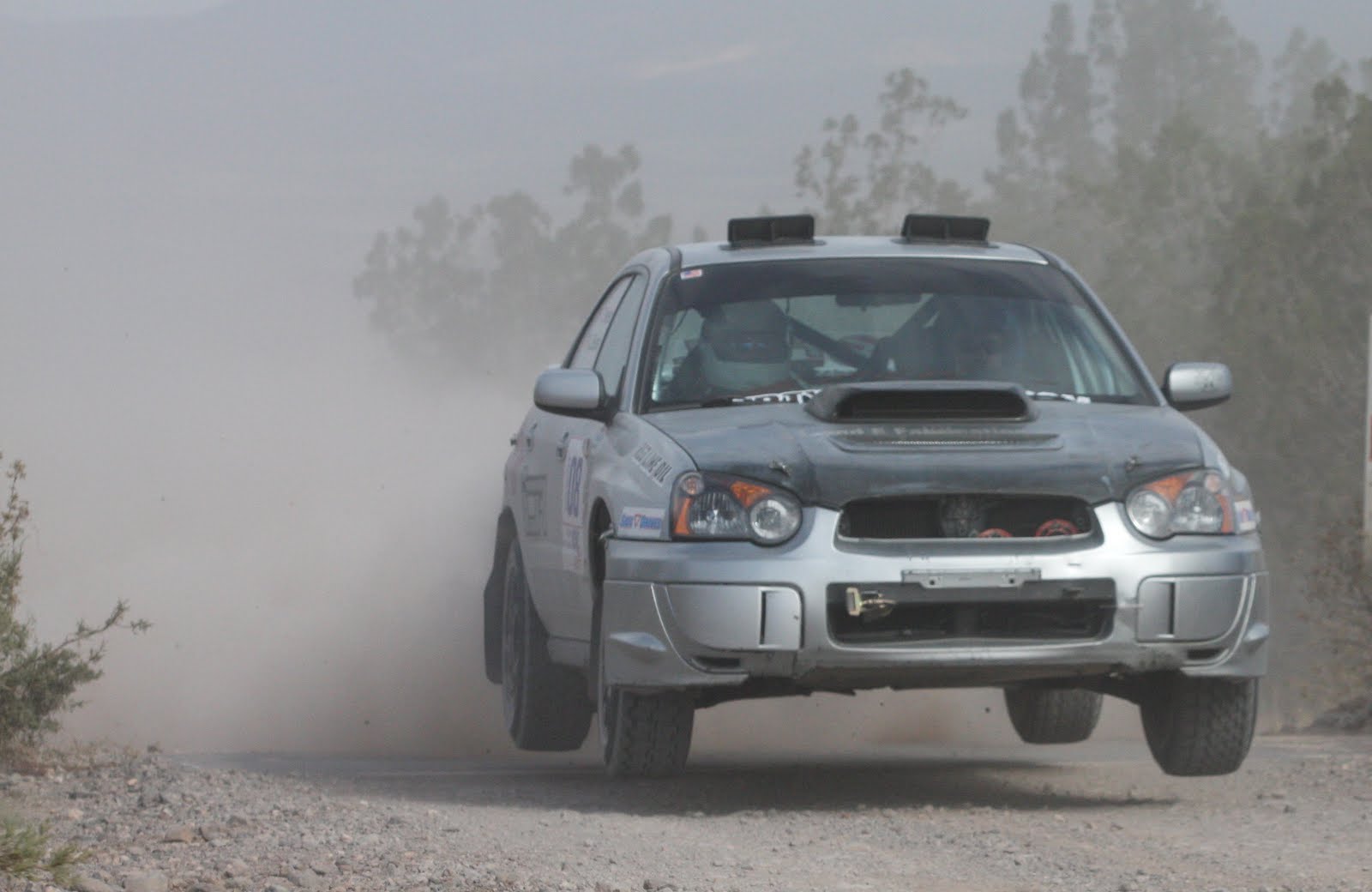 Seed 9 Rally held in Jean, NV was the last CRS and SouthWest Rally Series for the 2009 season. A one day rally; recce, registration and tech went without a hitch during the day and the rally started right at sundown and continued into the evening.

A true desert rally, Seed 9 consists of six stages through rough Nevada terrain, corners blinded by desert brush, and all in the blackness of night with only stars and rally lights to pave the way. Stage 1 started with a little scare as rookie co-driver Brian Francis missed the first call and almost sent the team flying into the night! (haha, sorry Brian!) But the car took the abuse and kept going for the rest of the stage, and the rest of the event. After the first stage warm-up, Jon and Brian got into a steady pace as they felt out the stages for the first time.

Service came early after only two stages, and once again, DirtyImpreza crew member Zach Dickenson was there to greet Jon and Brian with the ‘Big Red Truck’ and all the tools and lights. Fortunately, there was little work to be done this time and Zach just tried to diagnose a recurring grounding issue with our cornering lights…to no avail, its a good thing Jon won the Jackson Rally IRNY sweepstakes, as we really need those Soltek halogen rally lights!

The third event this year, it was great to have no major issues or any major breakage. Everything worked like it was supposed to, from the Lassa Rally Tires taking hard hits on very rough terrain, to the new STI steering rack; we’re ready to start turning up the power for the 2010 season and seeing exactly what this car and driver can do when really pushed.

UP2MTNS Rally Team is proud to be sponsored by:

*All above Info was written by Jon Burke from Team UP2 Mountains.